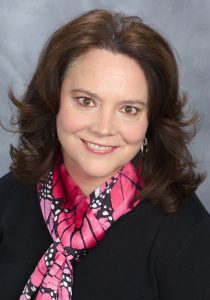 Linda Egnatz is most known for her role as national cheerleader for the Seal of Bilteracy which recognizes language learners for their proficiency in two languages.  Her support for the movement began in her home state of Illinois where she testified on its behalf as a 2013 Golden Apple Teacher of Excellence Award Winner.  When ACTFL named her the 2014 National Language Teacher of the Year, she used the title to expand her advocacy for language learners and supported other states working to adopt a State Seal.  She is truly grateful to ACTFL for the opportunity to raise awareness about the value of language learning.  Egnatz was recently named Executive Director of the Global Seal of Biliteracy, a program designed to fill in the opportunity gap for those bilinguals of any age who don’t qualify for a state seal but want to celebrate and certify their language skills.  Followers of @miprofeAP on social media will recognize the hashtag #2bilit2quit; meaning that “when students succeed, language program retention increases.”

Egnatz is Nationally Board Certified and has taught all levels of Spanish, including AP Spanish Language and Spanish Literature.  She is a Past President of the Illinois Council on the Teaching of Foreign Languages and currently serves ICTFL as Advocacy Chair and Webmaster.  She is a JNCL-NCLIS Board Member and served on the ACTFL/NCSSFL/TESOL/NABE collaborative committee that designed the National Guidelines for the Seal of Biliteracy.  A frequent conference speaker, she embraces opportunities to coach teachers on moving their students toward higher levels of language proficiency.  Egnatz has a B.A. in Romance Language Education and holds an M.A. in Spanish Literature from Purdue University.

Take the GoPRO Challenge. Create curriculum and classrooms that create opportunity by focusing on coaching language learners to the next level of PROficiency.  Take lessons from the world of sports and be inspired to become a language coach that leads a successful team to the championship game.

Register for the Conference
Scroll to top